Zoran Vlašković: Nicholas Abbott, a colonial fascist and a murderer of democracy 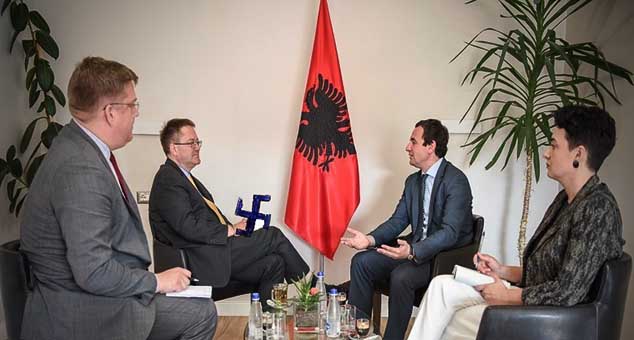 When Nicholas Abbott, a so called ambassador in Prishtina, is doing the democracy.

An alleged British ambassador of Prishtina and so called independent Kosovo >> Pročitaj celu vest na sajtu KMnovine.com << has met the next ''Prime Minister of Kosovo'', Albin Kurti in a cabinet under the Albanian flag-which is nothing else but a sign that Kurti, as a winner of this unprecedented parliamentary election, doesn't recognize Kosovo's independence himself.

Well, that isn't really that strange since Kosovo isn't a state and certanly does not fulfill a single requirement to be one.

What is strange, however, is that British ambassador Nicholas Abbot has sat under the Albanian flag on the territory protected by the UNSCR 1244 with the biggest political primitive of the whole Europe-the same Europe that is supposed to be a patrimony of human rights.

Nicholas Abbott is in Prishtina to spread colonialism, anti-democracy and anti-civilisation.

It's not a surprise that Nicholas Abbott came to Prishtina from a colonial England, a state that has killed tens of millions of people-from Hindus to innocent Africans. He is here to drain the blood of the civilians and hurt both Serbs and Serbia using colonial occupation.

Nicholas Abbott was brought to Prishtina by pure fascism. UK has made it's embassy in Prishtina disregarding Helsinki Agreement on the 1st of August 1975. It has not followed any of the OSCE's principles, founded on ten acts of the Helsinki Agreement, nor has it followed Vienna's diplomatic convention from 1961. UK has also disregarded the Badinter Arbitration Commitee-which helped Yugoslavia's fall, as well as the UN Charter, a document of the highest law organization in the world. It has disregarded R-1244 which claims that Kosovo and Metohija are under Serbia's sovereignity.

This type of juristic and physical violence by colonialist murderers of the UK can only be defined as pure fascism.

All of the world's universities will teach you that:
''Violence, was it juristic or physical, is an institutional tool of fascism's external and internal politics''.

So, Britain has used fascism to put a colonial fascist ambassador in Prishtina, who finds it important to sit under the Albanian flag, the flag that used to have the same two headed black eagles during Hitler's occupation.

British ambassador, and all the other ones came to Prishtina using occupation without a single international document.

Since the dawn of time, everywhere in the world, oppressed people have either pushed their occupators to the wall or made them go away.


He is a long-term journalist for the Serbian newspaper "Jedinstvo", which was published in Prishtina until 1999. He is the winner of several reporter awards for the best journalist of the year. He is the author of three books on Kosovo and Metohija

Today he is a co-author of many media outlets in Serbia and around the globe where Serbian newspapers are published. 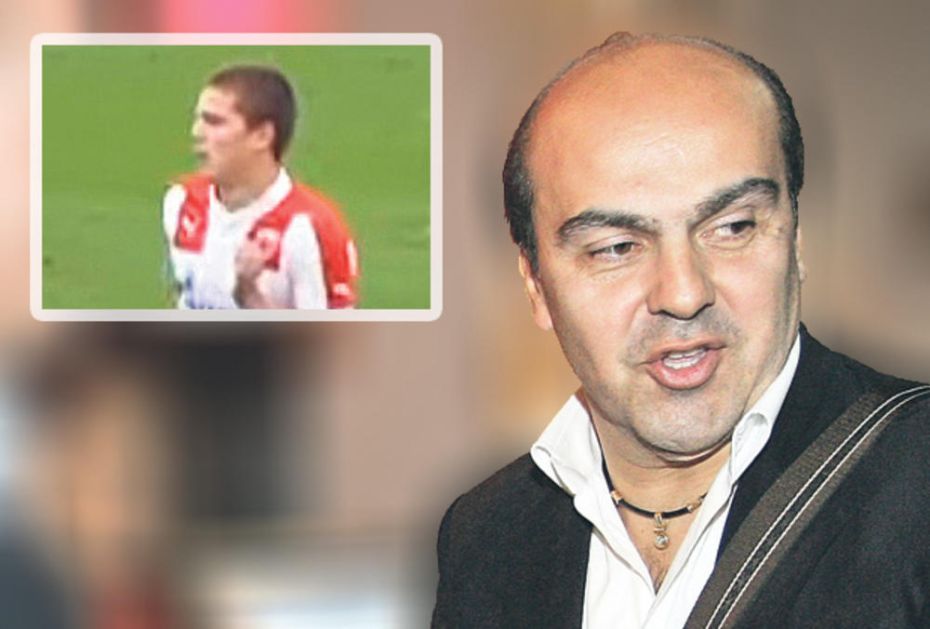