It has to be clear that Belgrade – Pristina dialogue on the normalisation of relations and its outcome is the pass for the European future for both sides, Josep Borrell, the European Union Commissioner for Foreign Affairs and Security Policy, has said on Tuesday ahead of the first high-level meeting between Serbia's President Aleksandar Vucic and Kosovo's Prime Minister Albin Kurti in Brussels after 18 months.
Pogledaj vesti o: Autonomna pokrajina Kosovo i Metohija

Aleksandar Vucic, Serbia's President, accused on Tuesday Albin Kurti, Kosovo's Prime Minister, of coming to Brussels for the resumed dialogue "not to agree."

Kosovo’s Kurti: It will be challenging, but I’m optimist

Albin Kurti, Kosovo's Prime Minister, described the meetings in Brussels with Serbia's President Aleksandar Vucic mediated by the European Union representatives, Miroslav Lajčák, the EU special envoy for the dialogue and the bloc's diplomacy chief Josep Borrell, as constructive and demanding, but... 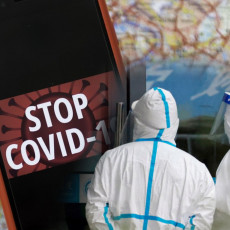