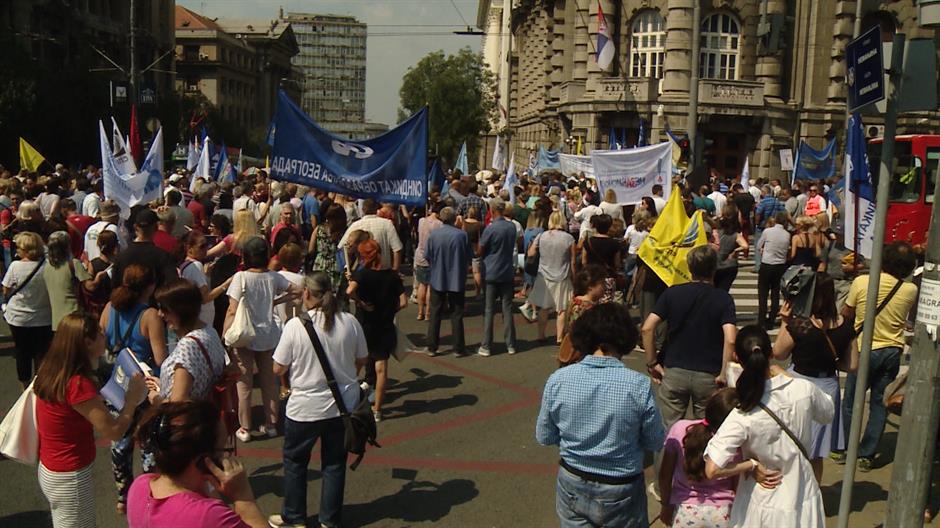 Four teachers’ unions protested on Friday in front of the Education Ministry, saying they would cut short classes in September to express dissatisfaction with a law on pay grades.

The protesting teachers marched to the seat of the Serbian government and the Ministry of State Administration which drafted the law.

Union leaders said they want teachers to be moved to higher pay grades, adding that their dissatisfaction over low pay is just the tip of the iceberg.
>> Pročitaj celu vest na sajtu N1 televizija << />Union leader Jasna Jankovic said the government wants “a third of the population to be functionally illiterate to make sure they are paid low wages and rule them more easily”.

Other union leaders said they would start negotiations with the Ministry of State Administration and Finance Ministry over wages on Monday, september 3, the first day of the school year.

Friday’s protest was the first of an announced series of protests and strikes in September with classes being cut short by 15 minutes on September 3, 11, 19 and 27.

Teachers told an N1 reporter that their wages are low, working conditions bad and that the government has not done anything to solve the problems that they have been warning about for years.